20 YEARS OF WOMEN, PEACE AND SECURITY: EIGHT STEPS FORWARD FOR THE FUTURE

Two decades ago, the United Nations Security Council passed Resolution 1325 (2000) on Women, Peace and Security (WPS), laying the foundations for the WPS Agenda, which aims to:

• Ensure women’s full and meaningful participation at all levels of
conflict prevention, resolution, and peacebuilding, as well as in
defining security needs and responding to these;

• Prevention of all forms of violence against women and girls,
as well as of any abrogation of their rights;

• Protection of women and girls from all forms of violence
and from any abrogation of their rights; and

• Ensuring women’s full and meaningful participation at all levels of
post-conflict or post-disaster relief and recovery, including in
defining what these should look like.

The past twenty years have seen important advances in terms of implementing the WPS Agenda, in particular in increasing women’s participation in security sector institutions and peacebuilding processes, making conflict-related sexual violence a global security issue and the development of normative and implementation frameworks, such as the 143 WPS National Action Plans that have been developed by 84 countries. While there is still much work to be done, especially in terms of tangible, positive changes in women’s lives on the ground, these are important achievements, nonetheless.

Thanks to the global pandemic and its after-effects, this 20th anniversary is very different from what we had expected. The gendered impacts of Covid-19, along with the rising dangers of climate change, highlight just how necessary it is to take a much more forceful approach to realising the WPS Agenda, not just through resolutions and action plans, but through concrete action. This also means taking the ambitious and transformative goals of 1325 of true gender equality and prevention of all forms of violence as a starting point, rather than just settling for the far less ambitious goals of ‘adding women’ or ‘making war safe for women.’

In order to achieve this, we urge for the WPS Agenda to be approached in a radically different way. This requires taking the following steps, which have been raised by many feminists in the past, but are now more pertinent than ever:

1.
Achieving the goals of the WPS Agenda requires a fundamental re-thinking of security. This is also one of the key lessons we need to learn from the Covid-19 pandemic, and as we move to face the ever-increasing impacts of climate change. Old-fashioned militarised, patriarchal approaches to security are not able to resolve the real human security challenges we are all currently facing. In fact, they are a financial drain on the systems that we should be investing in to support gender equality and to support the most vulnerable members of our society.

2.
Linked to this, issues of women, peace and security must also be seen as relevant in all societies, regardless of whether they are deemed ‘at peace’ or as being ‘conflict-affected’ based on conventional measures such as battlefield deaths. As has been argued by feminists for decades, many women, as well as persons of diverse sexual orientations and gender identities, face various forms of violence in times of official peace as well as official conflict. Furthermore, the lines of ‘being at peace’ compared to ‘being at war’ are blurred. For instance, Mexico sees ten times more people killed through armed violence a year than Afghanistan, and last year alone seven times more people were killed in South Africa than in eight years of war in Mali. Across the globe, politically and socially outspoken women are facing violence and death, whether or not their societies are seen as officially ‘conflict-affected.’

3.
A fundamental next step based on these reconfigurations of gendered peace and security is to take the prevention pillar seriously. It needs to be understood broadly, in other words as aiming to prevent all forms of armed violence and threats to women’s and girls’ rights – not merely in the current narrow sense of preventing conflict-related sexual violence only, as important as that is. Taking prevention seriously also means that NAPs should not only be outward-looking, as is the case in most donor countries. Ensuring women’s rights, including those of migrant and refugee women, preventing all forms of gender-based violence, and countering violent misogyny require urgent action in all societies. Prevention also means that western countries who are championing WPS and human rights need to end their arms sales to conflict parties and repressive governments. Prevention includes changing the way that Global North police and justice systems treat non-white citizens and migrant populations. It includes integrating gender perspectives into the ways security threats are responded to and expanding our definitions of what is a security threat, such as natural disasters that will only increase with climate change. Prevention work is needed in peacetime as much as in times of conflict and must tackle fundamental drivers of conflict, such as increasing socio-economic inequalities.

4.
One of the ‘success stories’ of the WPS Agenda has been that the security sector in many states has taken it on board and been open to engage with civil society. However, this has also led to a securitisation of the WPS space. Important actors and work on gender equality have as a result struggled to find their place in WPS discussions. This has been the case for both civil society organisations as well as for key ministries that are not defence, the interior or foreign affairs. Grassroots women’s organisations and movements that are not based in capital cities and not focused on ‘hard’ security issues are often excluded from WPS discussions at the national level, even though they are working directly on everyday security threats faced by populations.

5.
We applaud that 84 countries now have national WPS mechanisms in place through their national action plans. However, when there is a security crisis, the systems outlined in the NAPS are too often side-lined. Channels that allow women and women’s rights organisations to participate are relegated to the ‘nice-to-have’ list and seen as talking shops but not as ‘serious’ mechanisms vital in times of crisis, neither in expert panels and decision making processes nor in the crisis response itself. Not only does this go against the aims of the WPS agenda, it means that crucial information that these organisations have is lost and important avenues for engagement disappear.

6.
There is a need for tailored, practical guidance at the “working level” for mid-level national and local administration whose task it is to translate national level goals into concrete changes ‘on the ground.’ In a number of countries, attempts are under way to ‘localise’ WPS NAPs through municipal and provincial-level implementation, but there is often little guidance on what this means. Civil society can and should play a major role here, thereby also diversifying the voices engaging on WPS debates.

7.
We see a need for better integration of the WPS Agenda with other national, regional and international policy frameworks and action plans to ensure that limited resources are used to their full potential. National and local administrations often work on multiple partially overlapping action plans and strategies, which leads to a dispersal of resources, the duplication of efforts in some area and gaps in others, as well as having to track progress against multiple reporting mechanisms. For example, efforts to prevent and respond to intimate partner violence might be simultaneously covered by the WPS NAP, the national gender equality strategy, an action to counter gender-based violence and an action plan on gender and police reform. While resources and efforts on the state side may be scattered across multiple actors and institutions, on the civil society side the issue is often the opposite, with women’s rights organisations using their limited resources to simultaneously work on a wide range of issues, from WPS to disaster relief.

8.
Lastly, but fundamentally, the WPS Agenda needs to think differently about gender. Still too often, gender is equated in debates with women only. Women are seen as a homogenous group, and instead of seen as full rights-bearers with agency, they are cast as hapless victims and objects of charity. This fundamental re-think, which feminists have demanded for decades, needs to be one that both recognises differences and embraces diversity, using an intersectional, gendered approach that allows us to see the different possibilities and needs, challenges and opportunities faced by women, men, and persons of other gender identities of different ages, social classes, ethnic backgrounds and with different abilities. It also requires calling out and tackling patriarchy and men’s positions of privilege.

The Covid-19 pandemic has highlighted how fragile and inter-connected the world is. What might have been initially imagined as being a problem ‘over there’ is defining our everyday lives, here in our respective homes. It has also shown in the starkest way possible that the personal is political, and the political personal. It has brutally highlighted the inequalities in our societies, and how much of the most essential work is done by some of the most under-valued members of our society.

In looking past the pomp and circumstance of the 20th anniversary and beyond the pandemic, we must embrace the radical vision of the original WPS Agenda. We can and need to use it to its full potential to make this one world that we all share a more just, equal and peaceful place for all.

For all inquiries please use our
contact form or send us an e-mail to contact@genderassociations.com

This website uses cookies to improve your experience while you navigate through the website. Out of these, the cookies that are categorized as necessary are stored on your browser as they are essential for the working of basic functionalities of the website. We also use third-party cookies that help us analyze and understand how you use this website. These cookies will be stored in your browser only with your consent. You also have the option to opt-out of these cookies. But opting out of some of these cookies may affect your browsing experience.
Necessary Always Enabled
Necessary cookies are absolutely essential for the website to function properly. This category only includes cookies that ensures basic functionalities and security features of the website. These cookies do not store any personal information.
Non-necessary
Any cookies that may not be particularly necessary for the website to function and is used specifically to collect user personal data via analytics, ads, other embedded contents are termed as non-necessary cookies. It is mandatory to procure user consent prior to running these cookies on your website.
SAVE & ACCEPT 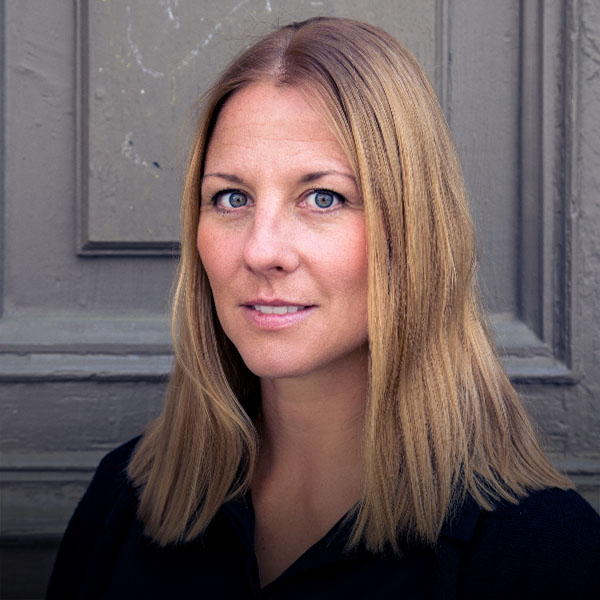 Co-Founder and Director of Gender Associations

Nicola has mainly focused on issues such as the implementation of UNSCR 1325, international law at the domestic and regional level, on gender-sensitive security sector reform and on the prevention and response to sexual and gender-based violence in peacekeeping missions. She holds a Masters (LLM) in International Peace Support Operations, as well as a degree in Political, Social and Communication Science. Nicola has lived and worked in Latin America and the Caribbean, Europe and South and West Africa. She has developed, implemented and evaluated training programmes, action-oriented research, projects, as well as policy development processes for the United Nations, different governments and NGOs.

Co-Founder and Director of Gender Associations

Nicola has mainly focused on issues such as the implementation of UNSCR 1325, international law at the domestic and regional level, on gender-sensitive security sector reform and on the prevention and response to sexual and gender-based violence in peacekeeping missions. She holds a Masters (LLM) in International Peace Support Operations, as well as a degree in Political, Social and Communication Science. Nicola has lived and worked in Latin America and the Caribbean, Europe and South and West Africa. She has developed, implemented and evaluated training programmes, action-oriented research, projects, as well as policy development processes for the United Nations, different governments and NGOs. 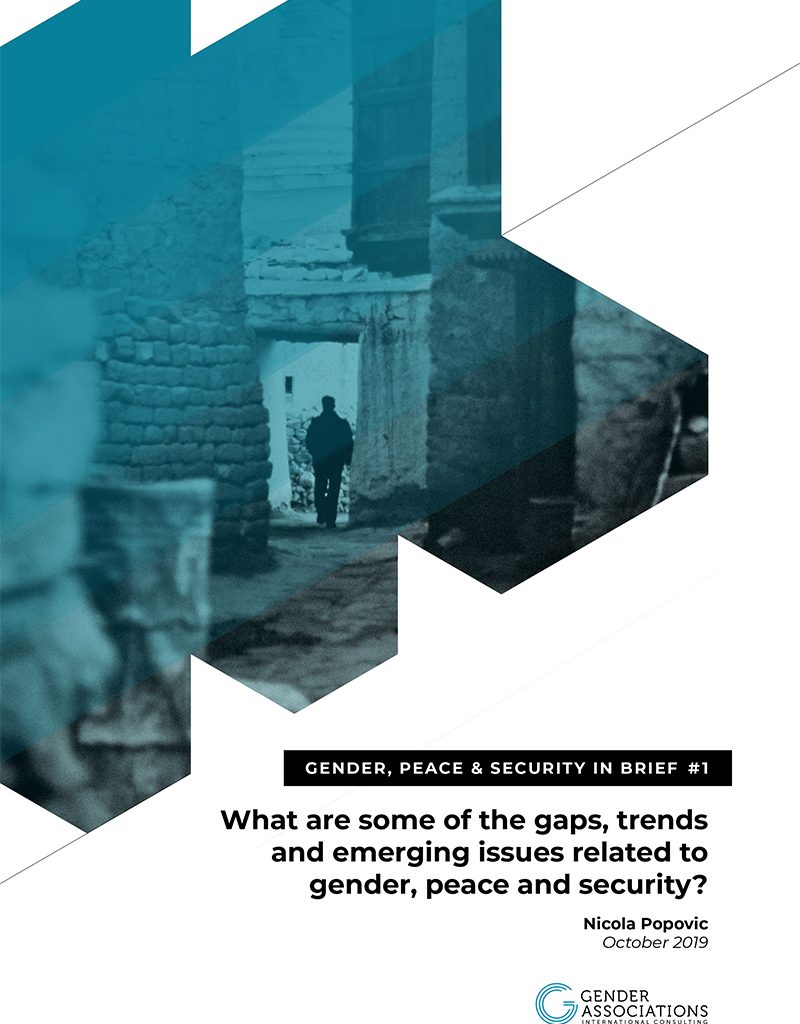